The cell is the structural and functional unit of life. All living organisms are made by the cell. Cytology– Study of cell structure and function. The word coined by Hertwig
Robert Hooke- Father of cytology.
Cell Discovered by– Robert Hooke saw the dead cell in cork. A. V. Leeuwenhoek first saw living cell.

It is proposed by Malthias Schleiden and Theodore Schwann. according to this theory, the cell is the functional, structural and hereditary unit of life.
Rudolf Virchow said Omnis cellula e-cellula means new cells are formed from pre-existing cells.
The final cell theory is –
(A) All living organisms are composed of cells and component of cells.
(B) All cell arise from pre-existing cells.

Exception of This Theory:-

(I) Virus:- Acellular, only made by nucleic acid and protein
(II) Viroids:- They have RNA particle only.
(III) Virions:- They are an inactive carrier of the viral genome.
(IV) Prions:- Only made by protein do not have a nucleus.
(V) RBC- do not contain Nucleus (camel’s RBC contains nucleus)
(VI) Multinucleate organisms:- Syncytium in the animal, Coenocyte in plants, Plasmodia in slime molds.
(VI) B and T Lymphocyte- have nonidentical genetic material.

They may be disc-like, polygonal, columnar, cuboid, the thread like or even irregular

On the basis of evolution and structure of nucleus C. B. Van Neil classify cells into two classes.

Added to wishlistRemoved from wishlist 2

Added to wishlistRemoved from wishlist 1

Added to wishlistRemoved from wishlist 2 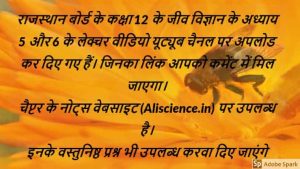