India has very fine colleges where many students got a sharp shape to their careers. After 12th, the science stream students get confused while taking admission because there are many options and they have to choose the best one. But the big question that how to know which college is the best one. We have collected the data from various websites and gathered all the information about the colleges. After this we have made list of best science colleges in India which will help the students to choose the best convenient institute after passing their 12th standard.

Indian Institute of Science is one of the best science institute in India. It was founded by Jamshetji Nusserwanji Tata (Founder of TATA group) in 1909. IISC (Bangalore) offers different types of programs such as Undergraduate like B.Sc, Postgraduate (M.Sc) and Doctoral courses (PhD).

Miranda College is ranked best in India for the science stream student as well for other subjects also. This is a constituent college for women affiliated with University of Delhi. The college was established in 1948. The college was ranked first among colleges in India by the National Institutional Ranking Framework (NIRF) in 2019. Many popular celebrities are the college alumnae and now they are a successful known personality in the whole world.

Hindu college is ranked second in the top list of science colleges established in 1899 affiliated by the University of Delhi. The college was established at Kinari Bazaar in Chandni Chowk and later it was shifted to Kashmir gate. But now at present time this is famous North Campus of the Delhi University. The college was awarded with the name star college for Biotechnology department by the Ministry of Science and Technology. Many students think that this is the college only for Hindu, but unlike its name, the college is opened for all the religions.

The Delhi University recognized St. Stephen’s College of Delhi is one of the oldest colleges for the science students in India established in 1854. The college was established by the Cambridge Mission to Delhi. 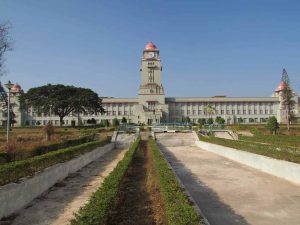 The best college of South India for science stream students is Madras Christian College, famously known as MCC. The college is situated in Madras, Tamil Nadu. This is one of the Asia’s oldest college founded in 1837 and is affiliated to the University of Madras.

Loyola College of Chennai ranked among the top ten best collges for all the stream students affiliated by the University of Madras, Chennai. It is an autonomous Jesuit college.

Kirori Mal College is the north Campus of DU and constituent college of the University of Delhi. The co-educational college was founded in 1954. In 2016, the college was accredited it with a CGPA of 3.54(A+) by the  National Assessment and Accreditation Council.

Hansraj College is again one of the best college of Delhi University for science student and accredited with Grade A+ CGPA 3.62 by the National Assessment and Accreditation Council. It is the first DU College to hoist a Monumental National Flag in its premises initiated by one NGO named Flag Foundation of India in 2017. 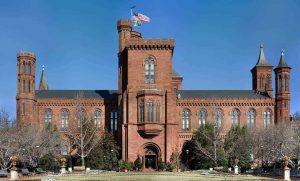 Christ University is a private deemed university of Bangalore, Karnataka. The college was founded in 1969, but in 2008 it was declared as Deemed University under section 3 of UGC Act 1956 by the Ministry of Human Resources Development.

This is a Roman Catholic Latin Rite institution of higher education in Chennai affiliated to the University of Madras. Stella Maris College for women was established in one storey small building on 15 August 1947. But now it has big campus. The college became autonomous in 1987 with many UG, PG and research courses.

The co-educational Sri Venkateswara College is affiliated by the University of Delhi. The college was established in 1962. This is a national level with no reservation for any religious or linguistic minority.

The Indraprastha College for Women is one of the oldest colleges of Delhi University founded in 1924. This college is best and ranked among the top 20 list of best science colleges.

One of the top Constituent college Deen Dayal Upadhyaya College affiliated by the University of Delhi had very good remarks for their science department. The college was established in 1990, in the memory of a renowned philosopher, thinker and social worker Deen Dayal Upadhyaya 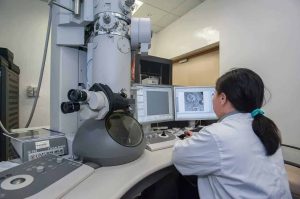 Women’s Christian College is the situated in Chennai, Tamil Nadu founded in 1915. It is one of the oldest women’s college of South. Many famous personalities are the alumnae of this college. Famous female political prisoner Rukmani Lakshmipathy was the first batch student of the college. She has been also remarked as famous freedom fighter.

List of Competitive Exams for Government Jobs in India

SAT Exam in USA: Definition and Tips in Preparing

Tips in choosing a grad school in USA

Added to wishlistRemoved from wishlist 1