Indian Cinema has its importance in the heart of Indians and no doubt we also follow many things by taking inspiration from the Bollywood movies. There are many movies in the Bollywood industry that are made just to give motivation to the students. Many education-related movies show the right path to the children so that they can understand the reality of life.

Here is a list of the most famous Bollywood education spreading movies. Check out: 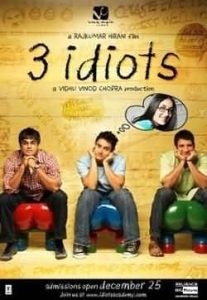 The most popular dialog of Movie, ” kamyabi ke nhi balki Kabiliyat ke piche Bhago” itself gives a message to all the students. The movie starring Aamir Khan, Sharman Joshi, and R. Madhavan is the engineering students who struggle too much in the engineering’s Top college. The movie has many comedy scenes but at last, it spread a good message.

The movie broke the records of the box office when it was released and now also these movies bring out the tears whenever it is seen. The movie revolves around a boy named Darsheel who is suffering from Dyslexia. He doesn’t understand the words, letters and other book stuff but he is a fantastic painter and daydreamer. Aamir Khan is the teacher who understood his situation and made him capable to stand on his legs. 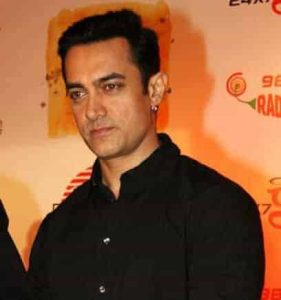 The movie highlights the story of a poor student who wants to be rich. There is a phase in the movie in which he goes on the wrong path to achieve his goals. But at last, he got the success with his hard work and dedication to his desires. The star of the movie is Aamir Khan.

The chiller party movie revolves around the group of small kids who belongs from the high society. But all the kids got a good friend in the society who washes the cars. The high society’s family restricts their kids to meet him but at last, the friendship won. There are a lot more twists and turning points in the movie along with a good message to the society.

The movie shows the real situation of the market and the salesman. Ranbir Kapoor is the main hero of the movie who has to struggle a lot to achieve success in the field of the salesman. This is a great combination of Hindi comedy and drama flick.

The Bollywood movie was released in 2012 starring Sridevi who learned to speak English for her family. Her daughters and husband always make laugh at her as she can’t speak English Fluently. The movie spread a great message that nothing is impossible and there is no age of learning anything.

The 2009 released movie is based on teenagers’ dream, success, and achievement. This is Bollywood comedy-drama movie which is directed by Ayan Mukerji and produced by Karan Johar. The acting of all the stars is outstanding in the movie. Even Ranbir Kapoor got many awards and nominations for his excellent acting.

Queen is the story that surrounds the life of Kangana Ranaut and shows how she managed her life after her marriage broke up. She was alone planned for her honeymoon trip. The movie gives a message of being confident in all the situations, keeping a smile on the face even in the worst situation because the good day comes after bad days. Queen gives you the best mantra for a carefree and happy life.

The movie is very inspirational and it revolves around the farmer’s son who is deaf and dumb by birth but he loves to play cricket. He is very much passionate about the game. The movie shows how his hard work made him a popular cricketer and secures a strong place in the Indian National Cricket Team.

The movie is based on the friendship of 6 friends who team up with an American girl to make a documentary movie on freedom fighters of India. The college guys have raised a voice against the irregularities of government and you will find a sense of patriotism in the very inspiring movie.

Udaan is the story of a schoolboy whose mother is died and he was then sent to the boarding school. Later in the movie, he was expelled from his school and has to live with his abusive and oppressive father. But he can’t tolerate the persecution by his father and ran away from home.

Final Words for students and parents

Movies are made for entertainment but there are many movies which give a great message to the students. Some movies create an incredible mark on the minds of the students and they get a lot of inspiration from the movie to achieve success. We all know that almost every teenager loves to watch a movie. Parents can plan some inspirational movie programs with their kids so that they can learn good lessons through entertainment.

Online MBA courses to get a new experience